Google Play is a really extensive app store and in it there are alternatives for practically everything we can think of to...
Read more
Tech News

Microsoft prepares tab synchronization in Edge to make the jump to macOS, iOS and Android

Little by little the new Microsoft Edge based on Chromium](https://www.xatakawindows.com/tag/edge-basado-en-chromium) continues to gain in benefits. Additions that make it more attractive...
Read more

Intel has unveiled the new 10th generation processors, codenamed Comet Lake. These bring the LGA1200 socket and the Z490 chipset, a pair designed to provide more energy to the Comet Lake CPUs, thanks to the renewed VRM, a necessary precaution given the increase in the number of cores of some models and clock frequencies.
As always, Asus is at the forefront in offering motherboards that know how to meet different tastes and needs, both in terms of functionality and price. A concept that we find in the large variety of models coming soon, which start from the least expensive Tuf to the ROG models, dedicated to enthusiasts.

At the base of the Asus lineup we find the Tuf brand models, with Gaming Z490 Plus and Gaming Z490 Plus Wi-Fi. The only difference between the two is Wi-Fi, as well as some minor aesthetic changes in the area of ​​the rear I / O ports. These models are equipped with 12 + 2 power phases and support RAM memories up to 4600 MHz (the previous variant with Z390 chipset reached 4266 MHz).
Full support is offered to USB Type C 3.2, also on the front panel, and to Aura Sync, to customize the lighting of the card. Proprietary technology also available, developed in collaboration with DTS, to offer multi-channel audio on headphones. The Tuf Gaming Z490 Plus Wi-Fi also includes full compatibility with the Wi-Fi 6 standard. 2 PCIe 3.0 16x and 3 PCIe 3.0 1x slots are installed on the card, no PCIe 4.0, a lack that we also find in the high-end variants.

Aesthetically, the care taken in these models is superior compared to the Tuf, especially in the Z490-A, which has a I / O Shield with adapter already mounted and enclosed in a polycarbonate casing with LED lighting. On the performance front we find instead AI Overclocking, which automatically increases the operating frequencies, and supports DDR4 RAM memories up to 4600 MHz. There is also a more accurate audio section, based on the Realtek S1220A chip with dtsX Ultra technology, particularly suitable for listening with headphones and for virtualising sounds. Unlike the Tuf models, there is a more advanced network controller with support up to 2.5 Gbps.
Very particular is the variant ProArt Z490-Creator 10G, a model dedicated to creatives, with a more sober design and solutions designed specifically for this type of user. The bundle includes a network card on PCIe slots capable of reaching 10 Gbps, also on the back there are two Display Port inputs and two USB Type C 3.1 Gen 2 / Thubderbolt 3 ports, which can reach 40 GB / s.

The software is completely different from the other models and allows you to select the level of performance based on the usage scenario, also integrating a tool for monitor calibration and for managing network packets.

The ROG range is dedicated to enthusiasts and overclockers, so it is not surprising that the most advanced technologies, and the best engineering solutions, are available in these models. Here too, Asus has created many variants, from the ROG Strix, more focused on value for money, to the ROG Maximus XII, designed for those who do not want to compromise.
Let’s start with the Strix, a range that is enriched with six new motherboards, available in different formats, starting with the Z490-I Mini-ITX, the smallest in the family, with 8 + 2 power supply phases, RAM support up to 4800 MHz and a single PCIe 3.0 16x slot, a necessity given the size . Then there are two mATX models, Z490-G and its Wi-Fi variant, more performing on the energy front thanks to the 12 + 2 power phases. The dimensions allow a greater quantity of ports, in fact there are two PCIe 3.0 16x and one PCIe 3.0 1x, while the support for RAM is slightly more limited, up to 4600 MHz.

In terms of specifications, the Z490-H and Z490-A models differ in the format, in this case ATX, and in the addition of one PCIe 3.0 16x slot and three PCIe 3.0 4x slots, as well as support for the Thundebolt standard 3 thanks to the dedicated header. Further evolutionary step is the Z490-F, compatible with NVIDIA SLI technology, previous models only allow AMD’s Crossfire. At the top of the range is the Z490-E, which with 14 + 2 power phases allows wider overclocking margins.

The range of technologies in this sheet is wide and includes AI Overclocking, for automatic overclocking, AI Cooling, for automatic fan management e AI Networking for the optimization of network traffic. Add to this a more aggressive appearance than the lower-end models and better heat dissipation, thanks to the fan that more effectively dissipates the heat coming from the VRMs.

These models meet the needs of most gamers, but also those who intend to make a workstation for use at home. Those who are looking for the best, however, must rely on ROG Maximus XII, with the Apex, Hero (Wi-Fi), Extreme and Formula variants. Design and technological solutions take a decisive step forward, especially in the higher-end models.
In these models, particular attention is paid to energy management, given the preference for overclocking the Maximus range. With the ProCool II system the CPU power connector is reinforced with the use of metal, a material that also allows better heat dissipation. Aside from the Hero model, which has 14 + 2 power phases, these also grow in number, reaching a total of 16.

By looking at the PCB you can see the presence of a greater number of dissipating elements compared to previous models, dedicated to VRM, chipset and M.2 memory units, together with the predisposition, for some models, to the liquid dissipation of MOSFETs.
To this are added the software optimizations also seen in the Strix range, with AI Overclocking, AI Cooling and AI Networking. The Extreme model also includes an expansion card with two additional USB Type C 3.2 and two Mini DisplayPort ports in the bundle.
We have only scratched the technological load present in these motherboards, in the coming weeks we will be able to better investigate the topic, the certain thing is that Asus has always been a guarantee in this sector and, from this first look, the new lineup seems very rich and varied, with solutions designed for those who do not want to spend too much and for those who seek maximum performance (official prices have yet to be communicated). 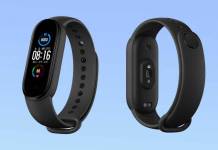