Google Chrome is working on the extended screenshots feature

The Chrome app for iOS  and Android has been updated in recent weeks by introducing some technical innovations: in addition to  the dinosaur game when we...
Read more
Latest news

Samsung One UI 3.0: The news that will arrive in November

Samsung today announced the news of its One UI 3.0 customization layer, which will arrive from November of this year. Today the company has...
Read more
Tech News

What is TPM in Windows and how it improves your security

Safety is one of our main concerns not only in our house or when we go out, but also in the different devices we...
Read more
Entertainment

As you may know, Disney took over a few months ago with the entire catalog fund of Fox films, franchises, series and programs for...
Read more

Ant is giving potential investors a rosy view of Chinese finance. In just 16 years, the company that started out handling secure payments for e-commerce group Alibaba has grown into a giant digital middleman connecting consumers with loans, funds and insurance. This business model allows it to float above the bad loans, opaque transactions, and binding regulations that weigh on the financial institutions of the People’s Republic. The proposed valuation of more than $ 200 billion depends on the investors in your IPO sharing that bright outlook.

China’s banking system has generated few positive superlatives in recent years. The country’s slowing economy has been kept afloat thanks to generous aid for leverage. The private sector now owes the equivalent of 216% of annual economic output, according to the Bank for International Settlements. This has brought a growing pile of bad loans and zombie companies unable to pay their debts.

Ant, who is preparing what could be the world’s largest IPO in Hong Kong and Shanghai, tells a brighter story. From its headquarters in Hangzhou, it has shaped digital finance in China, becoming an indispensable element of everyday life. In the 12 months to June, its Alipay app processed transactions worth a staggering 118 trillion yuan ($ 17 trillion), more than half of the country’s online payments. Alipay also serves as a financial services showcase, offering access to short-term consumer loans, small business loans, mutual funds, and insurance products. For its more than 700 million monthly users, Alipay offers most of the functions of a retail bank, and is faster and more practical than state-controlled entities.

There is something fundamental, however: Ant is not a bank. You take no deposits, and only 2% of your loans remain on your balance. The remainder is transferred to other financial institutions or is securitized. Subsidiaries such as fund manager Tianhong handle investment products. Insurance, too, comes mostly from third parties.

This allows you to process credit volumes much larger than what your balance would support if you were a normal bank. By the end of June, Ant had generated consumer loans worth 1.7 trillion yuan ($ 250 billion). That equates to about a quarter of the personal loans granted by the Commercial and Industrial Bank of China (ICBC), the country’s largest bank. But the ICBC has more than 10 times Ant’s capital, while its balance of 33 trillion yuan ($ 4.8 trillion) is roughly 100 times that of the upstart. [upstart, en inglés] digital.

Ant turns over his loans to other lenders, charging them a “technology service fee.” The company boasts of its vast trove of data to make better loan evaluations. And so far the proportion of bad loans remains low: despite the impact of Covid-19, just under 3% of outstanding consumer debt is more than 30 days late in payments. However, in a severe downturn, the banks that wrote the loans would suffer losses. Ant would not be hurt, although its loan volumes would presumably decline.

Another important difference is that China’s top banking regulator does not have direct oversight of Ant’s activities, and the company’s growth is not constrained by capital regulations. It is not that the authorities are standing still. The People’s Bank of China earlier this month published new rules to designate some institutions as financial holding companies, making them subject to stricter controls. But the rules affect only 2-3% of Ant’s total revenue, according to sources close to the matter. And the company is going to use a subsidiary to assume the status of a financial holding company, leaving the parent virtually unscathed.

The Ant model is very profitable. In the six months through June, net income reached 21.9 billion yuan ($ 3.2 billion), equivalent to an annualized return on equity of about 22%. By our calculations, the company could be worth $ 275 billion, dwarfing even ICBC’s $ 246 billion. However, investors with good memories may remain cautious. They recall how in 2011 founder Jack Ma transferred the Alipay subsidiary out of Alibaba.com, then a Hong Kong-listed company, without the knowledge of shareholders, including SoftBank and Yahoo. The move, which Ma claimed was necessary due to restrictions on foreign ownership, has allowed him to maintain control of what is now one of China’s most valuable companies.

Even putting governance aside, Ant still faces big questions. Although it is not vulnerable to a conventional banking panic, in which savers rush to withdraw their deposits, any technological failure could have a profound effect on the confidence of its users, and on the Chinese economy. It seems difficult for regulators to allow an increasingly important part of the country’s financial architecture to function outside of their control indefinitely. The success of the IPO, however, depends on the new investors keeping the pink lenses firmly in place.

Google Chrome is working on the extended screenshots feature

The Chrome app for iOS  and Android has been updated in recent weeks by introducing some technical innovations: in addition to  the dinosaur game when we...
Read more
Latest news

Samsung One UI 3.0: The news that will arrive in November

Samsung today announced the news of its One UI 3.0 customization layer, which will arrive from November of this year. Today the company has...
Read more
Entertainment

As you may know, Disney took over a few months ago with the entire catalog fund of Fox films, franchises, series and programs for...
Read more

It’s time to talk about vitamin D: up to one in... 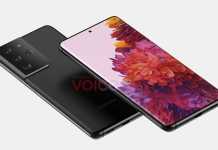 This will be the Samsung Galaxy S21 Ultra according to a...