City see their long-term future at the Cross 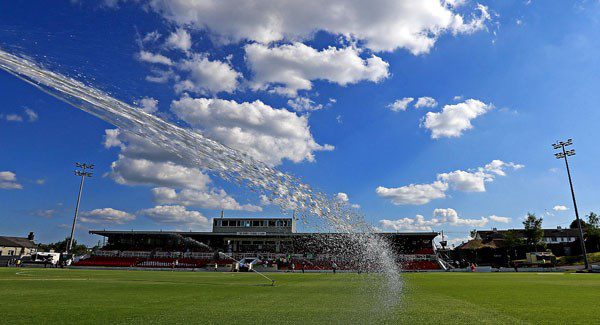 Cork City chairman Declan Carey says that he sees Turners Cross remaining the clubâs home well into the future, after it was confirmed that the potential sale of the ground to the company which owns Preston North End will be on the agenda when the Munster Football Association meets next month.

Peter Ridsdale, advisor to Prestonâs billionaire owner Trevor Hemmings, raised the idea of the groundâs sale in a meeting with MFA officials two weeks ago when he was in Cork to finalise the deal which saw Preston inject â¬600,000 in Cork City through a combination of a buy-out of the transfer sell-on clauses for Sean Maguire and Alan Browne and payment for a first option on purchasing the club.

However, MFA secretary Ger Delaney has stressed that the discussion on the future of Turners Cross was of a very preliminary nature.

âThey expressed an interest in us selling the ground, and thatâs as far as we got,â he said.

âWe told them that anything like that would have to be discussed at a meeting of the full council of the MFA.

âThe very first thing we have to do is to decide if we are or arenât interested in bringing this to a further stage.

âAs far as we are concerned, this is at the very, very start now. The council might agree or might not agree. We havenât sat down and got anywhere near discussing the intricacies of it. But there has been this expression of interest and so we have to put it to our own council and thatâs a 20-man council from all over Munster, not just Cork. And they will decide whether itâs worth investigating further or not.â

As well as being the home of Cork City, Turners Cross plays host to many local league and cup competitions, something which Ger Delaney said was explained to the Preston representatives.

âThey know Turners Cross well because theyâve been over here for the last number of years and they knew what they were looking at,â he said.

That was a sentiment echoed by Cork City chairman Declan Carey who said that, irrespective of whether or not the ground is bought by Prestonâs owner, he fully expects City to be playing at the Cross indefinitely.

âWe rent the ground from the MFA and have no say whatever in whether it might or might not be for sale but, ultimately, the ground is zoned for football and sporting activity â that pitch will never have houses or apartments on it â and as long as that is the case we envisage playing there forevermore, really,â he said.

At a meeting in Cork on Sunday night, members of the supporters-owned club were told by the board about the financial crisis which had threatened Cityâs League of Ireland licence for 2020 until the 11th-hour deal struck with Preston enabled them to clear major debts.

Those in attendance were also informed about Trevor Hemmingsâ interest in buying the club. Contact between the two clubs is continuing on that front, with Preston believed to be in the process of putting together a detailed takeover proposal which City wcould then be able to put to a membersâ vote.