Death Stranding, analysis of the PC version. A port at the height of the platform 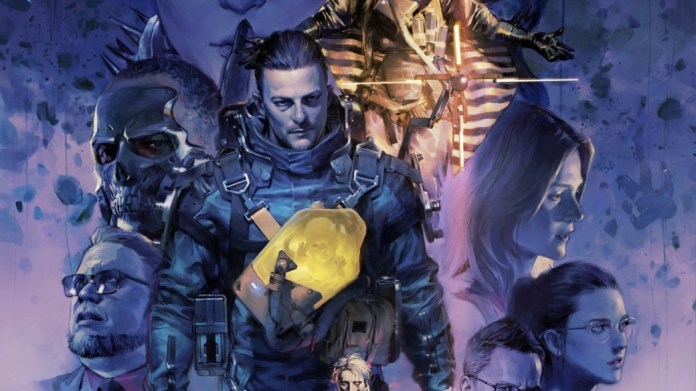 We analyzed the PC version of Death Stranding. Kojima Productions has done a fantastic job that lives up to what the community demands.

Death Stranding on PC has become a kind of probe balloon. Given the confirmation of the Horizon Zero Dawn release date on the same platform, the arrival of Kojima Productions’ work becomes the first demonstration of the Decima Engine muscle away from the PlayStation 4 ecosystem.

Because Sam Bridges’ adventure is more than the opportunity to discover a different game at all levels: it is a way of knowing in depth what is the destination in technical terms of the engine owned by Guerrilla Games. At meditation, we’ve already connected the United States a second time.

The journey through the United States with an Icelandic flavour

At this point, few doubts remain about Hideo Kojima’s latest great proposal. As we have become accustomed to, the Japanese creative does not stop going out of his comfort area. Death Stranding is the culmination of an author’s work, with all the lyrics. A video game that takes the player to a playable experience that has only been found in it.

Nine months have passed since his first appearance on PS4. On November 4, 2019, Francisco Alberto Serrano discovered what exactly he had done in silence these past years. Our editorial coordinator spoke of being in front of “a special game”. “It is a graphically spectacular title, different from the norm, with a singular story, a powerful message, full of details and meticulous,” he commented, not without first reviewing the moments “that will remain in the collective memory.”

However, the global experience is full of “light and shadow. ” The defects that we found in their day had a common axis: the open world. “We have been able to experience many titles in this genre in the last decade, we have carried out hundreds, or thousands of missions and activities in them, and we know to appreciate a little better the difference between a superlative game based on these factors, and one that does not. it is. Without doing anything wrong, Death Stranding perhaps sins of wanting to be longer than it should be, not because of its history but because of the limitations of its setting and game plan, for the fact of wanting to offer a free and enormous world without having enough elements with which to feed that specific experience ”.

Defects that go through an atypical rhythm to the average within the genre, or a range of more elaborate mechanics. Neither stealth nor action lives up to what we’ve already played in the last seven years of generation, especially the boss matches. The special thing that Death Stranding is is that despite this it manages to excite the player with elements outside that average. “If you focus on the many virtues it treasures, you will enjoy a great experience, a work from the heart that will move many and leave an indelible memory,” he concluded.

At times, Death Stranding becomes the most unpredictable memory factory. Take a path along a mountain and suddenly there is silence to let yourself be carried away by Low Roar’s creations. Ryan Karazija’s music is a true balm for the soul. Moments that make everyday life a special, unique journey, different from that conceived by others.

During our impressions at the beginning of July, we already gave you detailed details of the excellent work that Kojima Productions had done with the transfer to PC. From graphics adjustments to real-time performance, the title adapts to the demands of such a diverse community. It does not matter the equipment (except if you do not meet the recommended minimums) or monitor you have: Death Stranding is in charge of adapting to what you have at hand.

As you can see in the table that accompanies these lines, a mid-range graphic with four years behind it is capable of moving it to 1080p and 60 images per second. The freedom to capture the target frame rate from within the game allows you to leave external programs behind. If you want to measure exhaustive data, go ahead; If you are a casual gamer you will find everything you need from the menu.

It is worth noting the relevance of compatibility with more enthusiastic teams. Natively you can play with your ultra-wide monitor or with several monitors at the same time. Whether you have an Nvidia or AMD graphic, it has two of the most important technologies from both companies. Already in our impressions, we offered you details of the use of DLSS 2.0 in RTX GPUs. On the other hand, you can make use of the adaptive contrast of FidelityFX in both manufacturers regardless of being a technology provided by AMD.

The system we have used for the analysis consists of an i7 8700K processor, an RTX 2070 Supergraphics, 16GB of DDR4 RAM and a 1440p monitor. Under these conditions, we achieved an average of 115 images per second, a little more depending on the area in which we find ourselves. After overcoming the barrier of the first zone of the game, which has been the beginning of chapter 3, the performance did not suffer too much by putting more world on the screen. Video scenes are limited to 60fps.

DLSS 2.0 is adaptable according to the setting you want it to prioritize, between quality or performance. In the first, the average frames exceeded 130fps, although it is true that in some moments of stress it fell between 100 and 120. On the other hand, if we selected the performance mode, the percentages added an average of 15 more fps compared to the quality, at the cost of losing sharpness on the screen. From here we advise you that if you have an RTX graphic you should go directly to quality. The image is sharp, any trace of aliasing disappears, and you get targets above what the game has to offer without it.

It is important to note that Death Stranding makes use of the updated version of Deep Learning Super Sampling. Metro Exodus, for example, was one of the first to use this technology. By having the initial version, the result blurred the image with respect to what you received without it. The image collected artefacts at the edges of the surfaces and the sharpness suffered too much. Nothing to do with the results seen in the work of Kojima Productions.

A port that meets the demands of the PC market

Although they are the same game, they have a little peculiarity. The Steam version includes a chain of missions related to two of Valve’s most famous brands. We can obtain items from Half-Life and Portal, including cosmetics and gadgets usable in the adventure. We cannot give specific details on how and when, except that you will receive the missions in your personal email together with the characteristic Lambda symbol. They don’t offer big changes, but at least they serve as a chain of missions full of winks to their followers.

Also included from the first day is photo mode, which landed months ago on the PS4 version via a patch. We have been surprised by how tremendously addictive it is to use. At the touch of a button, you automatically enter the editing tools, designed so that any player without photographic knowledge can make their luxurious prints. Beyond the capability of the environment, perhaps the greatest attraction of this functionality is the possibility of changing the posture of Sam and BB regardless of the action they are taking. This opens a window of possibilities to create even more spectacular moments.

It has native support for the Xbox One controller and the Dualshock 4. Over the hours, controlling it with a keyboard and mouse is a somewhat artificial way of understanding Sam’s movement; in no case does it replace what has been achieved with a traditional controller. Just because of the way you control inertia in real-time, some keys cannot translate with the same precision what the stick offers you. It is a game designed by and for control, and despite being able to play it without it, the entire experience is shaped using a traditional peripheral.

Death Stranding on PC is a spectacular port. It reaches the quality standard that the computer community demands in two key aspects: personalization and performance. To make matters worse, it has the latest versions of adaptive control technologies, such as DLSS 2.0 and FidelityFX. From your basic GPU to your RTX, the game successfully adapts to your demand in framerate. Although it is the same game as the PS4 version, we must highlight the mission chain in collaboration with Valve, some additions that make you sketch more than a smile. It incorporates the launch photo mode (note, it is very addictive) and correctly transfers the control to the keyboard and mouse, despite feeling that the gameplay is designed with a controller in mind. Kojima Productions has done a fascinating job to be the computer debut of the Decima engine.

Game with a remarkable finish that we will enjoy and remember. A good purchase, highly recommended for lovers of the genre. It is well cared for at all levels.

There are many months that we have been waiting for that long-awaited function of allow us to use WhatsApp on more devices than just...
Read more
Apps

You can already detect ‘fake news’ through WhatsApp, do you know how?

Since the pandemic started and we were all confined in mid-March, There have been many news that have reached the media talking about the...
Read more
Apps

WhatsApp will no longer let you take screenshots in chats

This new feature will come to WhatsApp very soon, where it will now be impossible to take screenshots in conversations and have more privacy. This...
Read more