GAA preparing for Government recommendations to combat spread of coronavirus 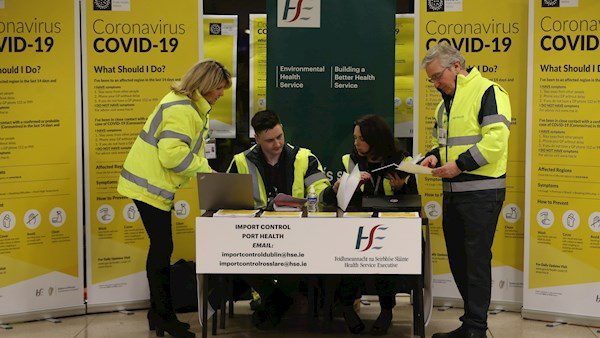 Praetorians HD Remaster Review: the return of Rome on PlayStation 4

17 years after the first publication, Praetorians returns to the console in the Remaster version. Will its charm remain intact? All of Gaul...
Read more
Game Reviews

Kalypso Media launches a double pack with Commandos 2 and Praetorians in their HD versions, a remastering work that comes with the hallmark of...
Read more
Computing

Note 20 Ultra and xCloud: Microsoft’s streaming gaming to the test

We tested the beta of xCloud on the top of the Samsung range, to understand if it is really possible to play streaming with...
Read more
Apps

How to mirror your Android screen on PC with LetsView

Maybe you have ever wanted to see an Android app on your PC or that it could have been good for you...
Read more

The GAA are prepared to do whatever is recommended by the Government to help combat the spread of coronavirus.

As Switzerland today banned all public and private events involving over 1,000 people to fight the outbreak of the disease and the IRFU were directed to postpone Irelandâs Six Nations game against Italy, the GAA have yet to receive any such correspondence regarding their own fixtures.

A GAA source confirmed the matter is being discussed at the highest level in the GAA as well as the Central Competitions Control Committee (CCCC). However, as of yet the organisation has not received any requests to postpone matches from any government department.

In 2001, the GAA postponed inter-county and club matches for four weeks following the outbreak of the foot and mouth disease. While COVID-19 is a different situation, there are similarities and the organisation will not hesitate to reschedule for the sake of the country.

At present, the most significant threat to the GAAâs fixtures list this weekend is Storm Jorge, which is set to hit Ireland tomorrow. An orange weather warning is in place for seven counties. Unless the CCCC are prepared to spill the Allianz Hurling League into the club month of April, there is no free weekend next month to rearrange any postponed games.

Washington: Boxing and martial arts players keep punching straw bags during training, but now a training robot can turn around and attack them. This...
Read more
Latest news

This closes troubled Serie A championship, characterized by the Coronavirus health emergency and the three months of forced stop. Juventus is already Campione d'Italia,...
Read more

How to enable tab grouping in Chrome for Android