The Italian police carry out checks on citizens in Venice. /

The data represents a slight decrease for the second consecutive day despite exceeding 60,000 infected

Italy has registered in the last 24 hours another 602 deaths, so that the total death toll of the coronavirus pandemic now exceeds 6,000, while the number of infections in the country has also exceeded the threshold of 60,000.

As announced on Monday by the head of Civil Protection, Angelo Borrelli, the death toll now rises to 6,077 while the total number of cases is 63,927, with the 3,780 new infections registered in the last day. The data of this Monday supposes a slight decrease for the second consecutive day since Saturday when there was a record of 793 deaths and 4,821 new cases. On Sunday, there were 651 deaths and 3,957 new infections.

However, the president of the Superior Institute of Health (ISS), Silvio Brusaferro, has preferred to be “cautious” about whether one can already speak of a downward trend. However, it has acknowledged that the data that is being recorded now is the result of the first measures that were adopted in mid-March.

On the other hand, according to a study by the Gimbel Foundation based on ISS data, since the epidemic began, a total of 4,824 health workers have been infected, almost 9 per cent of the total. However, the foundation considers that the figure is below the real since examinations are not carried out on all health professionals, even if they are in the first line of the answer.

Also, according to the National Federation of Medical Orders (FNOMCEO), two other doctors have died from coronaviruses in Cremona and Parma, bringing the total number of deceased members to 19 since the pandemic began in Italy.

In an interview with the newspaper ‘La Stampa’ on Monday, Prime Minister Giuseppe Conte acknowledged that the “most difficult days are coming, because we have not reached the most acute phase of contagion and the numbers will continue to increase.”

“We are waiting in the coming days for the effects of the measures adopted,” he added. “If we all respect the prohibitions, if we all do our part, we will leave before this tough test,” he stressed.

The Italian Government, he added, is taking all the measures it “considers necessary to contain the epidemic in the centre and prevent it from erupting in the south,” given that the north is the most affected area, with the regions of Lombardy, Emilia Romagna and Veneto as the most punished.

The entire Executive, in collaboration with the regional authorities, is working “even at night to avoid this scenario”, he assured, inviting “the Italians to stay at home, both in the north and in the south”. “There is no other alternative,” he stressed, acknowledging that the country is facing “the most difficult crisis since the post-war period.”

During the daily press conference to report on the situation in the country, Bustaferro, the president of the ISS, agreed that the great “challenge” is to avoid repeating them in other areas where there are now no cases, or there are few “curves »That have occurred in the north.

In another order of things, Conte is expected to hold his second meeting with the centre-right opposition leaders in the late afternoon, who have been demanding more information from the Government regarding the latest measures taken. The leader of the League, Matteo Salvini, has assured that he has “ideas, advice and proposals to put on the table of the Government”. According to Adnkronos, the former deputy prime minister was planning to attend the meeting in person.
Read More: Germany bans meeting of two or more
According to this medium, the Ministry of the Interior and the Ministry of Justice are studying measures to toughen the fines, which could even include the seizure of property, for those who fail to comply with the rules of confinement and restriction of movements imposed in the country. At the moment, there are planned fines of 206 euros for those who leave the house without good reason.

For his part, Vincenzo Boccia, the president of Confindustria, the main employer of Italian industry, has stressed that with the last decree approved on Sunday by the Government “from the economic emergency we entered the war economy.” “70 per cent of the productive fabric will close,” he stressed, according to the Adnkronos agency.

Boccia has stressed the need to worry now about how to “avoid that many factories, if not all, may not reopen in a few weeks due to liquidity crisis.” “How many days or months can a company that invoices zero survive?” He asked. According to their estimates, only between 20 and 30 per cent of companies are still open.

The president of Confindustria has defended the need to “win the battle against the virus” but at the same time think “in defence of the economy.” In this sense, he explained that his employers have proposed to the Government “to expand the guarantee fund so that there can be short liquidity for companies to overcome this transition phase.”

«We will all come out with debt, but it can be repaid in 30 years as a war debt. We must intervene to make sure that when everything is over, the companies reopen and everything gradually returns to normal, “Boccia stressed. 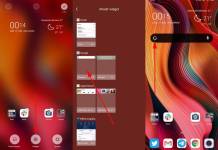