London: This year’s Wildlife Photographer of the Year award is given to a picture taken by a hidden camera in which a tiger can be seen hugging a tree.

In an area of ​​Leopard National Park in the Russian jungle, a wildlife photographer has installed a hidden camera in front of which a lion’s passage automatically begins to take pictures. This camera captured a moment that the human eye would never have seen.

In a picture saved in this camera, a tiger can be seen standing and holding a tree as if to embrace someone to give thanks. At first glance, it looks like an oil painting of a fertile artist’s heartfelt imagination.

The photo was worldwide acclaimed and photographer Sergei Gorshkov was named Wildlife Photographer of the Year, announced by Princess Catherine Middleton, TV producer Chris Peckham and Megan McCabe at the Natural History Museum in London. Organized in an online program. 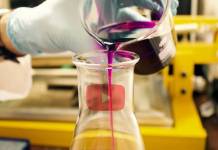