2020 is coming loaded with mobiles, and two of the most anticipated high-end are the Huawei Mate 40 and Mate 40 Pro. Following the...
Read more
Communication

The sale of TikTok becomes a state affair, China: “theft from the USA”

While President Trump asked a percentage from the sale of TikTok to Microsoft, as convinced that without the intervention of his administration would never...
Read more
Mobile

Recently Xiaomi is showing us many innovative patents, such as the latest smartphone that acts as a case for wireless earphones, or as the...
Read more
Editor's Pick

We are going to show you how you can send photos and videos on WhatsApp without losing quality. Every time we send a file...
Read more

With strong content and a strong social connotation, TrackMania is back in better shape than ever! 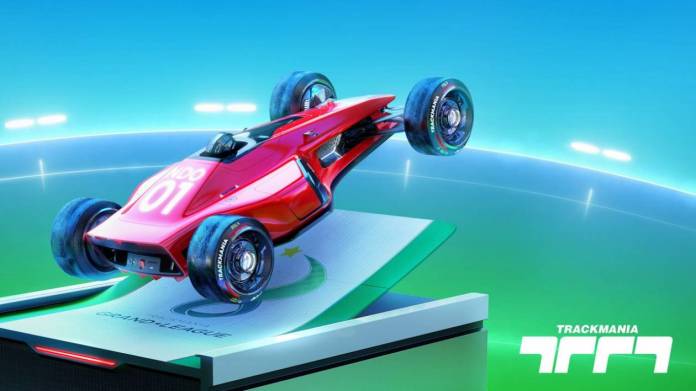 Although it belongs to a genre of extremely niche racing games, TrackMania over time has been able to make a name for itself and attract a large group of fans thanks to exhilarating and exciting gameplay, capable of capturing you in an instant with its simplicity and not giving up anymore. And so, before you even realize it, you have been completely sucked into a whirlwind of adrenaline based on short runs on unlikely terrain and circuits.

TrackMania brings out the most competitive side of the player, lures him with clean and minimal graphics and then imprisons him in an infinite spiral of “trial and error” mechanics without frustration, in an endless succession of attempts to constantly improve his times, sometimes even just a few thousandths of a second.

The new chapter is, theoretically, a sort of remake of the famous TrackMania Nations, highly appreciated episode of the saga released way back in 2006. Let’s say “theoretically” because, in all honesty, it is very difficult to combine the new title with the original. 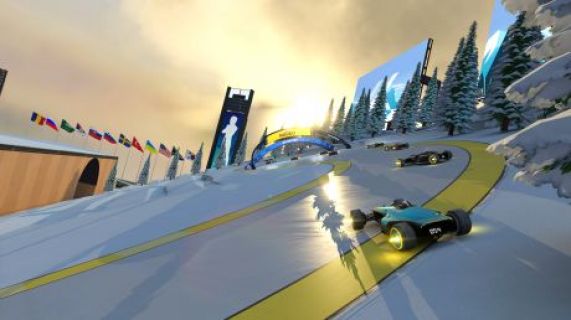 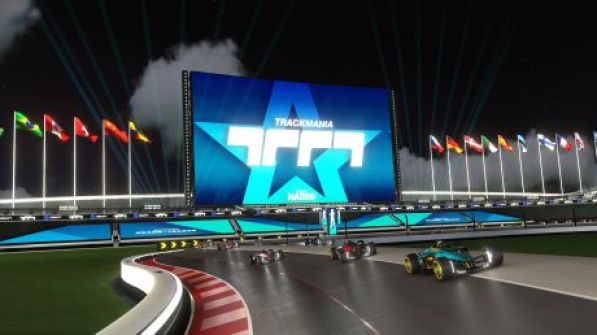 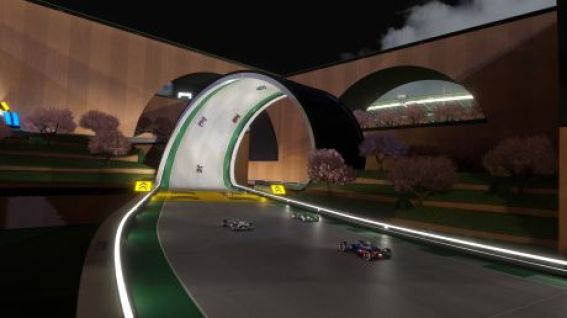 While keeping the basic recreational mix almost unchanged, the new version clearly has something extra from all points of view: the design is completely innovative and updated, as are the content creation tools, another pillar of the playful experience of the Nadeo series. There are new blocks and elements to use, and also an unprecedented vehicle, the same for everyone in terms of performance, but so customizable as to allow us to make it unique and easily recognizable in the eyes of our club mates or rivals. Without differences in performance, tuning or advantage whatsoever, the challenge is played in short by the cents, on the search for the perfect trajectory. Setting a curve with greater precision and a sense of position can save us a lot of time, and in TrackMania, as indeed in every respectable racing game, each thousandth can make the difference.

Another decisive element is the ability to better master all the various types of terrain. Adapting your driving style is very important because the behaviour of the car changes completely between one surface and another. On earth, we will be practically forced to go on drifting, while the ice – one of the most technical and difficult elements to master – will make the track incredibly slippery and unpredictable. Although it may seem apparently elementary, the driving model of the new TrackMania has proved to be stratified and demanding to dominate.

In turn, the menus are simple but rather rich: the home screen it is entirely dedicated to singles, where we can access both the seasonal campaign, a selection of slopes that will remain available only until the end of the current season (summer 2020, currently), and the so-called “map of the day”, the result of a selection of custom slopes selected by the team of development and associated with a particular date. 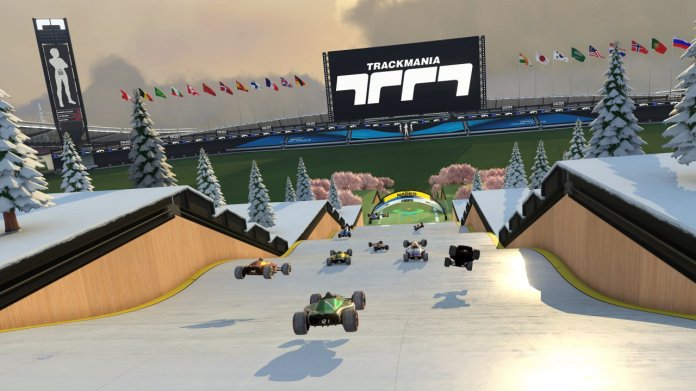 In order to be classified and become part of the official leaderboards, we will have to run on the track corresponding to the date of the day, while the others will be available only as training. An interesting way to exploit the contents of the community in a fun way and to enhance the productive efforts of the most prolific creators of the platform. The “live” tab has very similar modes, but with a strong online connotation. 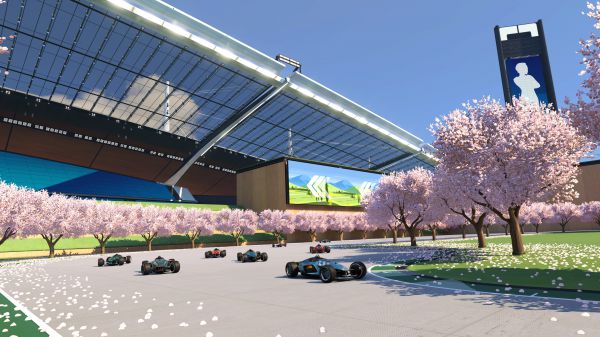 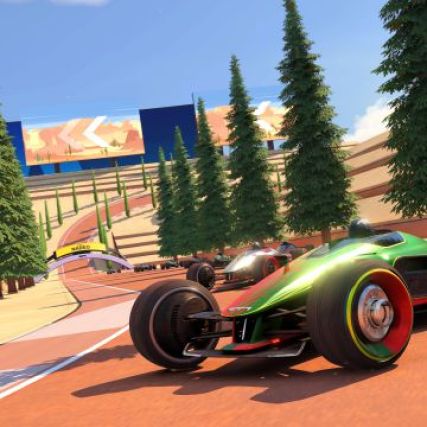 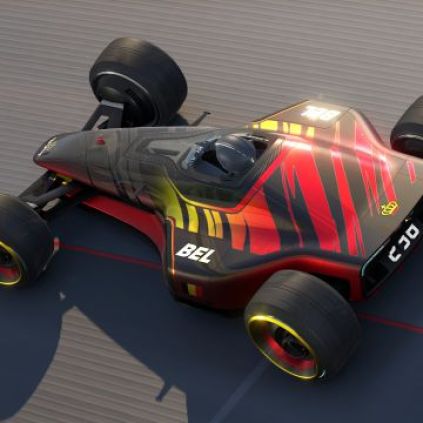 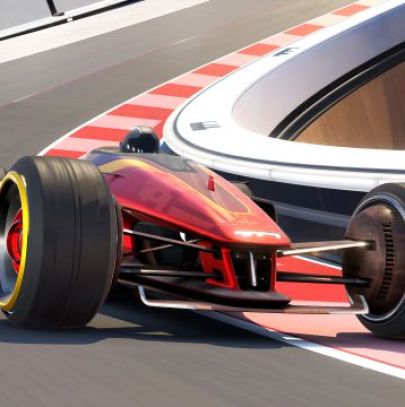 The two modes mentioned above will also return to this section, but they will have slightly different dynamics: this time, instead of limiting ourselves to climbing simple rankings asynchronously, we will participate in real competitions with other players, who will be on the track with us (but in version “ghost”, you will not be able to physically interact with their machines) to reach the finish line in the shortest possible time before the timer expires – usually set to 5 or 15 minutes. Whoever scores the best result is declared the winner. The same is true for the arcade mode, very similar to the other two but even faster and more direct: once we enter, we will be catapulted onto a random track where we will find other fierce players waiting for us.

Ubisoft Nadeo’s production is a riot of content in continuous expansion, most of which directly created by the community itself. The profoundly social dimension of the brand is evident from the first login, when to welcome us we find in evidence, in addition to the single-player modes and their online counterparts, also the interesting club section, one of the most particular contents of the entire package.

Accessible only by owners of one of the two annual passes, this presents itself as a sort of hub in which to search for groups of players with our same interests or, more simply, to group several users from the same online community under one roof. Scrolling through the pages of those available, for example, we noticed some quite recognizable, like the one created by Formula 1 driver Lando Norris. Once you enter a club we can use all the skins made available by the creator, or participate in real personalized campaigns.

We can also modify all the logos to our liking, starting from the icon used in the search screen up to the contents of the stadium maxi-screens, the gigantic setting inside which all our creations will extend. Being content entirely managed by users, the quality has proved to be rather uneven, and the possibility that very valid products end up suffocating within an ocean of mediocrity is very concrete. During our test, however, we managed to find several pearls, including a personalized campaign that aimed to re-propose, albeit with some limitations, some Formula 1 track and a surprising compilation of tracks inspired by some historical Mario Kart tracks. The latter in particular really left us speechless.

In a system so careful to enhance the content generated by the players, obviously, the quality of the creation tools is a key element. TrackMania offers various types of editors: one for the tracks, one for the replays and one for the skins. That of the slopes is undoubtedly the most useful, as well as the most advanced and complex. 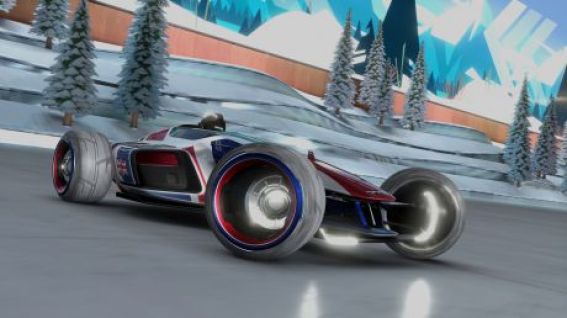 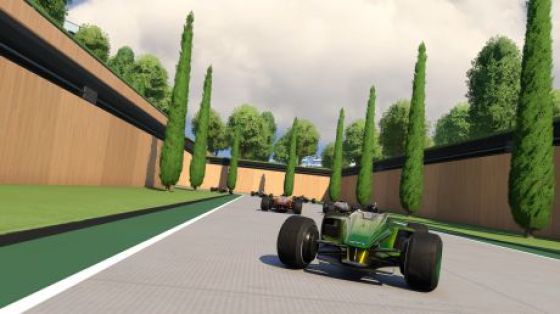 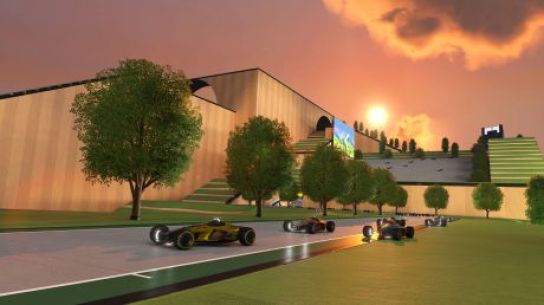 Once inside and having chosen the control system and type of editor (advanced or simplified), it takes just a few minutes to set up complex circuits. Our suggestion is to ignore the simplified mode and start immediately in the complete editor, slightly more complex but even richer in customization possibilities: it will allow us to better manage the transitions between one type of terrain and the other, and will put more tools in our hands. The quantity of blocks available to us is truly remarkable, so large as to make it extremely remote to encounter two similar tracks. Soils also play a fundamental role in creating the route: you can quickly switch from a section on beaten earth to an entirely frozen one, with all the consequences of chance; between obstacles, power-ups and modifiers of all kinds, there is a lot of meat in the fire. Although they are a little less immediate and indispensable, we also found the other two editors very interesting. Those of replays is probably the most elaborate of all, while that of skins, after a bit of initial loss, turned out to be flexible and full of potential.

TrackMania’s business model is particular, perhaps one of a kind. Basically, the title of Nadeo is playable for free, but to unlock the various features of the club, online competitions and the possibility of using the editors in advanced mode, a pass – annual or three-year – is required, available in different “tiers”. The free version of the game includes 25 seasonal maps, to be played both offline and online, and simplified editors. 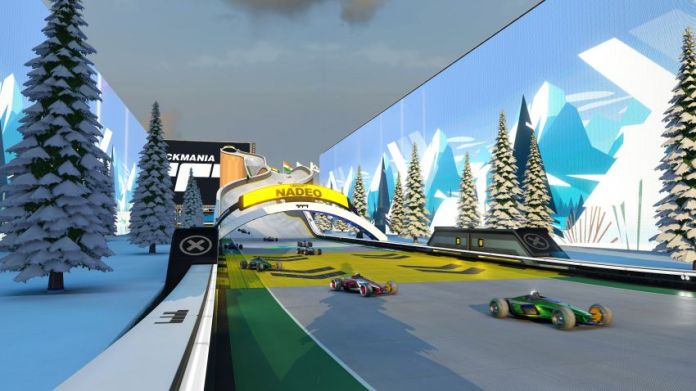 To be able to access club activities, advanced editors must-have “Standard” access, available starting from 9.99 € / year. If you want the complete experience, with the possibility of creating skins for the car, further customizations for the club and, above all, the possibility of competing in the Open Grand League, you must instead spend a minimum of € 29.99 for the purchase of “annual” club membership. We, in all honesty, consider the intermediate version particularly attractive, perhaps one of the most balanced offers available. 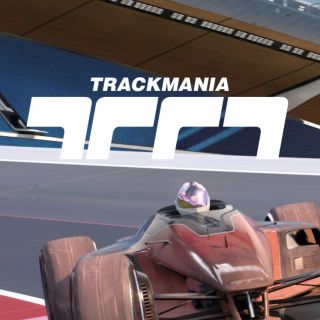 PC Analyzed VersionTrackMania is a seemingly simple product, but well layered and fun to play. Ubisoft Nadeo’s production is a true triumph of arcade madness, capable of long-lasting entertainment and addiction with its immediate gameplay and an enviable content, constantly fueled by the introduction of new tracks. The great importance is given to users’ creations, however, makes the project potentially unstable, at the mercy of common sense and the creative vein of the players. We hope that in the future even more advanced tools for the filtering and sorting of clubs and customized tracks will arrive so that we can more easily find content similar to our tastes.

2020 is coming loaded with mobiles, and two of the most anticipated high-end are the Huawei Mate 40 and Mate 40 Pro. Following the...
Read more
Communication

The sale of TikTok becomes a state affair, China: “theft from the USA”

While President Trump asked a percentage from the sale of TikTok to Microsoft, as convinced that without the intervention of his administration would never...
Read more
Mobile

Recently Xiaomi is showing us many innovative patents, such as the latest smartphone that acts as a case for wireless earphones, or as the...
Read more
5G News